The nitty-gritty of compile and link functions inside AngularJS directives 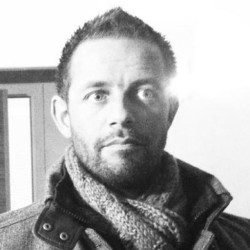 AngularJS directives are amazing. They allow you to create highly semantic and reusable components. In a sense you could consider them as the ultimate precursor of web components.

There are many great articles and even books on how to write your own directives. In contrast, there is little information available on the differences between the compile and link function, let alone the pre-link and post-link function.

Most tutorials briefly mention the compile function as used mainly by AngularJS internally and then advise you to just use the link function as it should cover most use cases for custom directives.

That is very unfortunate because understanding the exact differences between those functions will greatly enhance your ability to understand the inner workings of AngularJS and to write better custom directives yourself.

So stay with me and by the end of this article you will know exactly what these functions are and when you should use them.

This article assumes that you already know what an AngularJS directive is. If not, I would highly recommend reading the AngularJS developer guide section on directives first.

How directives are processed in AngularJS

Before we get started, let's first break down how AngularJS processes directives.

When a browser renders a page, it essentially reads the HTML markup, creates a DOM and broadcasts an event when the DOM is ready.

When you include your AngularJS application code on a page using a <script></script> tag, AngularJS listens for that event and as soon as it hears it, it starts traversing the DOM, looking for an ng-app attribute on one of the elements.

From that starting point, AngularJS recursively investigates all child elements, looking for patterns that correspond to directives that have been defined in your AngularJS application.

So what is difference between all those functions and why or when should you use them?

To explain the differences I will use some example code that is hopefully easy to understand.

If you have any question or remark, please don't hesitate to add a comment at the bottom of this article.

and the following JavaScript:

The goal is simple: let AngularJS process three nested directives where each directive has its own compile, pre-link and post-link function that logs a line to the console so we can identify them.

That should allow us to take a first glimpse at what is happening behind the scenes when AngularJS processes the directives.

Here is a screenshot of the output in the console:

To try it out for yourself, just open this plnkr and take a look at the console.

The first thing to pay attention to is the order of the function calls:

This clearly demonstrates how AngularJS first compiles all directives before it links them to their scope, and that the link phase is split up in a pre-link and post-link phase.

So at this point we can already clearly identify the different phases, but what is the difference between the compile and pre-link function? They run in the same order, so why are they split up?

To dig a bit deeper, let's update our JavaScript so it also outputs the element's DOM during each function call:

Notice the extra output in the console.log lines. Nothing else has changed and the original markup is still used.

This should provide us with more insights into the context of the functions.

Here is a screenshot of the output with the newly added code:

Again, if you want to try it out for yourself, just open this plnkr and take a look at the console.

Printing the DOM reveals something very interesting: the DOM is different during the compile and pre-link function.

So what is happening here?

We already learned that AngularJS processes the DOM when it detects that the DOM is ready.

So when AngularJS starts traversing the DOM, it bumps into the <level-one> element and knows from its directive definition that some action needs to be performed.

Because a compile function is defined in the levelOne directive definition object, it is called and the element's DOM is passed as an argument to the function.

If you look closely you can see that, at this point, the DOM of the element is still the DOM that is initially created by the browser using the original HTML markup.

In AngularJS the original DOM is often referred to as the the template element, hence also the reason I personally use tElem as the parameter name in the compile function, which stands for template element.

Once the compile function of the levelOne directive has run, AngularJS recursively traverses deeper into the DOM and repeats the same compilation step for the <level-two> and <level-three> elements.

If you create a directive that only has a link function, AngularJS treats the function as a post-link function. Hence the reason to discuss it here first.

After AngularJS travels down the DOM and has run all the compile functions, it traverses back up again and runs all associated post-link functions.

The DOM is now traversed in the opposite direction and thus the post-link functions are called in reverse order. So while the reversed order looked strange a few minutes ago, it is now starting to make perfect sense.

This is the exact reason why it is considered the safest and default place to add your directive logic.

But what about the element's DOM? Why is it different here?

Once AngularJS has called the compile function of a directive, it creates an instance element of the template element (often referred to as stamping out instances) and provides a scope for the instance. The scope can be a new scope or an existing one, a child scope or an isolate scope, depending on the scope property of the corresponding directive definition object.

So by the time the linking occurs, the instance element and scope are already available and they are passed by AngularJS as arguments to the post-link function.

I personally always use iElem as parameter name in a link function to refer to the element instance.

So the post-link function (and pre-link function) receive the instance element as argument instead of the template element.

In most cases that makes perfect sense and therefore it is the most often used place to write directive code.

However, AngularJS provides an additional hook, the pre-link function, where you can run code before any of the child element's post-link functions have run.

That is worth repeating:

If we now look back at the original output, we can clearly recognize what is happening:

In retrospect we can describe the different functions and their use cases as follows:

Use the compile function to change the original DOM (template element) before AngularJS creates an instance of it and before a scope is created.

While there can be multiple element instances, there is only one template element. The ng-repeat directive is a perfect example of such a scenario. That makes the compile function the perfect place to make changes to the DOM that should be applied to all instances later on, because it will only be run once and thus greatly enhances performance if you are stamping out a lot of instances.

The template element and attributes are passed to the compile function as arguments, but no scope is available yet:

The scope, instance element and instance attributes are passed to the pre-link function as arguments:

Here you can see example code of official AngularJS directives that use a pre-link function.

This is the reason the post-link function is considered the safest and default place for your code.

The scope, instance element and instance attributes are passed to the post-link function as arguments:

By now you should hopefully have a clear understanding of the differences between the compile, pre-link and post-link function inside directives.

If not and you are serious about AngularJS development, I would highly recommend reading the article again until you have a firm grasp of how it works.

Understanding this important concept will make it easier to understand how the native AngularJS directives work and how you can optimize your own custom directives.

And if you are still in doubt and have additional questions, please feel free to leave a comment below.

Several people have asked me:

To prevent this article from becoming too long, I will create a separate article for each of these topics.

If you want me to notify you when these follow-up articles are available, please leave your email address below (don't worry, I don't send spam).

Also, if you believe that some important information is missing, feel free to let me know in the comments section. I highly value your opinions.

Have all awesomeness delivered directly to your inbox: